A fleeting, chance encounter with a dog-walking woman highlights the challenges that individuals and collaborative teams face in building relationships and trust.

I’m an early morning runner, setting out at 5am which is before sunrise for much of the year. It’s the best time of the day as the streets are quiet and you feel like you own it! It also means I need a headlamp to see where I’m going and to help other joggers, cyclists and car drivers avoid me.

On this particular morning I’m about five kilometres into my seven kilometre run. It’s fairly dark, the temperature is just right and there’s no wind. Perfect conditions. Life is good. I’m on a cement pathway skirting the edges of the Thirroul sports fields and am about to round a corner that leads to four flights of stairs. 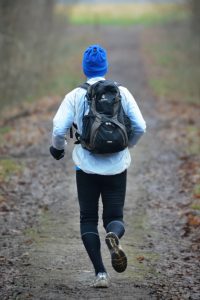 There’s medium sized bushes coming up on the corner that obscure my view of the approaching stairs and, unbeknown to me, a dog-walking woman is approaching from the opposite direction.

Now, I didn’t run into her. We were both quick enough to avoid that, however she said to me in a critical, grumpy voice as I went past, “That light’s blinding!”, referring to my headlamp.

“Sorry about that”, I instinctively replied as I jogged by. And that was that.

Admittedly, I was taken aback. Here we both are getting out and about for some exercise and she’s got the grumps. I wonder if she’s that grumpy all of the time? Perhaps she’s a naturally sour person who finds solace in pointing out problems and complaining? The internal dialogue going on in my head had a distinctly negative flavour and I secretly wished I’d had a better comeback line instead of reflexively apologising.

That went on for the next minute or so. Then I started thinking, “I’m a collaboration person, what does it say about me that I’m getting so worked up with someone who isn’t meeting my expectations or playing by my rules?”

Luckily, I reflected on one of the success factors for building relationships in collaborative groups and teams:

“Get the perspectives of the other people you are dealing with.”

I’d built up a backstory for her that probably bore no resemblance to reality, nor her real character. Maybe she wasn’t being grumpy at all, it might have just slipped out that way? Maybe she was just surprised? Maybe I interpreted it as grumpy when in fact she was not? Maybe she’s got things going on in her life that are challenging? Maybe she’s walking the dog because a relative is ill and…

You get the drift.

The greatest barrier to building relationships is false assumptions and second guessing. If we know nothing about another person, it’s best to start with a blank canvas and add to it rather than start with an incorrect picture and subtract as you go. And we can easily be influenced what other people say, “He’s a serial liar. She’s never on time …”. They might be correct, but it’s worth verifying for yourself because you might be surprised.

We never truly know what’s going on in other people’s heads, their lives or the work pressures they’re under unless we put effort into finding out. And it might take time and many interactions to build the trust that leads to those conversations. Until we have that picture, we may not know why they do what they do, and they are probably wondering why we do what we do.

All I know is that time spent on finding out backstories. Building relationships in this way will dramatically improve the performance and culture of your teams, not to mention your personal life too!!!

Phil Preston is a collaboration speaker, facilitator and strategist who helps people work better, together. You can stay in touch by following him on Linked In, contacting him directly or using the form below to opt in to occasional emails. 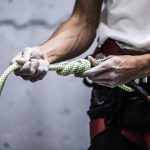 How to Accelerate Trust Building for Collaborative TeamsCollaboration, Leadership, Teamwork 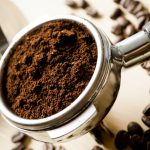 The Science of Coffee and Great TeamsCollaboration, Leadership, Teamwork