What does the Banking Royal Commission say about CSR and shared value?

Australia’s Banking Royal Commission has told us what many people suspected, and then some. Charging fees to deceased customers, usurious product advice and persistent fraud, all supported by a lack of interest and proper control from Boards. There’s the prospect of large financial penalties (but are they large enough?) and criminal charges against executives.

It’s almost too big to make sense of, but I’m going under the surface to give it a go. Why did it happen? How could the banks claim they were being responsible businesses? What does it mean for bank commitments to ‘shared value’? And finally, what to do about it?

Why did it happen?

Most companies mean well when they start out and, over the course of many years, expansion drives disconnection and they find themselves in a place where they don’t mean as well as they once did.

My paternal grandparents migrated to Hobart from England in 1950 and set up a corner shop in Battery Point. They were the owners, managers and employees of that business and their social purpose was clear: a one-stop shop for residents to purchase their daily grocery needs. They cared about their community and the people they served because they were close to them.

Many small mum-and-dad businesses grow into larger ones and some become large companies or multinational corporations. Along the way they lose their connection to the communities they serve. Take a moment to reflect on the complex global supply chains behind the products and services you consume.

Our major banks emanated from private enterprise and government origins, earning a spread between deposit and lending rates and helping to stimulate business growth. Subsequent mergers and acquisitions brought the size, scale and stability required to ride out most financial crises. As they grew, the executives running them became more distant from the people they served, encouraged by shareholders to exceed sales growth and cost reduction targets.

On the shareholder side, the average holding period for stocks has fallen from 7 years to about 3 months over the last 40 years. As markets have globalised and deregulated, investors, on average, have been acting in a more short-term manner with CEOs and Boards under pressure to keep lifting current year returns. There’s a point where it all becomes hollow and fragile and that’s what we are seeing play out right now.

I almost feel sorry for the modern banking CEO: they’d prefer to be taking a longer view and building a more sustainable and exciting business – but the market doesn’t cut them enough slack. Don’t worry though, the size of pay packets means that few tears have been shed. Who’s really to blame in this malaise?

“As they grew, the executives running them became more distant from the people they served”

Let’s question the role of superannuation (or pension) fund trustees because they control the purse strings. They have a fiduciary duty to act in the best interests of their fund members whose investment horizon is 20+ years on average (term to retirement). But I contend that they don’t. Why? In Australia, we had a wonderful fit of deregulation that led to open competition amongst superannuation funds. Yes, this meant that inefficiencies were eked out, but it also means that cost savings aren’t flowing back to members, they have been diverted into sponsorships (eg. sports teams) for the purposes of brand building and differentiation.

Another consequence is that they ferociously benchmark their investment performance against each other. Over what timeframes I hear you ask? Certainly not 20+ years; think one, three or five years if you’re lucky. They do it to reduce the risk that they’ll look silly against their competitors. Despite a lot of talk about environmental, social and governance (ESG) risk management, they are not being truly effective, long term owners of the stocks they control.

So, instead of company CEOs presenting us with 15-20 year plans that maximise financial value creation for the ultimate owners – fund members – the market is so disinter-mediated it has managed to whittle down a sensible timeframe into a short-term, non-sensical one.

This is why the Royal Commission is happening.

How can they be responsible businesses?

Where does corporate social responsibility (CSR) fit into the banks’ egregious behaviour? To figure this bit out we need to take a dose of hard-truths, a bit like the moment we twigged to the possibility that World Wrestling Federation bouts were rigged.

CSR activities take the form of things like corporate sponsorships, product accreditations, matched giving programs, community investments and employee volunteering days. Like our poor CEO mentioned earlier, I also feel sorry for heads of CSR and Sustainability departments. They perform a necessary function: ensuring companies maintain their brand, reputation and licence to operate. The harsh reality is that they are viewed as cost centres. They are not drivers of revenue growth and therefore are unlikely to have much sway in allocating the company’s serious fire power. Don’t get me wrong, these people have fantastic passion, knowledge and a lot to contribute to strategy and long term value creation, they just seldom get a chance to influence the real decision makers.

Whilst the banks have a vast array of good CSR initiatives, they don’t count for a lot because they aren’t core business and, as the Royal Commission has shown, you can do a heck of a lot of damage in core business because that’s where the firepower is. Investment funds don’t care that much about how responsible the business is, as long as it’s doing enough to tick the right compliance boxes that ward off government and other interference, the world is a great place.

“Whilst the banks have a vast array of good CSR initiatives, they don’t count for a lot because they aren’t core business”

Having spent more than 15 years in the investment management industry, I got a little bit tired of people saying “companies have to start being good”. Even though I agree with their general sentiment, the pragmatist in me says there are many steps in that reinvention process – I’d rather hear people talk about a process that could work instead of preaching ideals. How do we get real change happening – change that will lead to sustained impact at scale? That’s where “shared value” principles can play a role.

Important disclosure: I’m a provider of shared value education, facilitation and strategy services, and I’m prepared to be brutally honest about what it can and can’t achieve. One or two of the banks in the headlights are heavily invested in shared value, so let’s not shy away from inconvenient truths.

Shared value is not a new department, new management technique or social panacea, it is a set of principles companies may use in driving innovation. It works on the idea that societal problems can impose internal costs on businesses and / or present opportunities to create new products and markets. The challenge is to identify where there’s an attractive return on investment in social or environmental causes.

When Suncorp works with Good Shepherd Microfinance to produce an affordable insurance product for low income earners, it’s creating shared value, because there are business and societal benefits on offer. There’s an opportunity to create financial and social impact at scale for longer because it is embedded in core business rather than at the periphery.

But wait on a minute, Suncorp is a bank and aren’t all banks bad at the moment? In fact, one of the best shared value examples comes from the NAB. Their NAB Assist program has prevented tens of thousands of fully blown financial hardship cases. How? By proactively working with customers before they get into deep trouble. In the process they save money by reducing loan default rates, which is why it is a shared value example (win-win).

Shared value – or any other form of innovation for that matter – assumes that a company is operating legally and meeting all of its compliance requirements. In the case of our banks, they have not been meeting the most basic of standards and have destroyed value for the society they operate in. They deserve whatever is thrown at them, and let’s hope it is felt in a significant way otherwise the system has failed us.

Nevertheless, we do have to find a way forward. Promoting awareness and education about shared value strategies should be a key plank in that rebuild. John Browne, former head of BP makes a good point:

A handful of businesses have embraced shared value principles by re-thinking their reason for existence. They aren’t guaranteed to be in this year’s top performer list, however I would back them to be relentlessly solid performers over the medium to long term. For example, IAG focuses on “making your world a safer place“, conveying a clear proposition to customers and the community. Co-creator of the term “shared value”, Mark Kramer, recently noted:

“Purpose is the greatest defence against malfeasance in a company”

The challenge for the banks is to work out their purpose and ferociously pursue it. For example, the Commonwealth Bank’s mission is about “securing and enhancing the financial wellbeing of people, businesses and communities”. I’m sure it took a lot of consulting and internal off-sites to derive it, and one would be forgiven for thinking it’s irrelevant because they are clearly not delivering on it.

Whether we are in the midst of a Royal Commission or not, shared value principles help company’s come up with innovative value propositions for the customers and communities they serve. It is a lens for finding new opportunities, one that seeks to co-create social or environmental value in concert with financial value. The onus still rests firmly with the company as to whether it has a strong enough leadership and culture to rise to this challenge as well as meeting the basic standards expected of them.

Where to from here?

The banks are reluctantly realising that customers, the community and regulators must be treated as genuine partners and co-creators of value if their businesses are to thrive in the years ahead. It requires a shift from a command-and-control way of thinking to one that embraces empathy and influence, where greater listening, understanding and design skills come to the fore. There’s plenty of hard work to be done.

The Banking Royal Commission does have one silver lining in that it provides management with a clear mandate for internal change. Large organisations have institutionalised cultures and practices and opportunities for widespread change don’t come along very often. Banks have created headwinds for themselves and they need to address them seriously unless they want to court major political interference.

I wonder what we’ll be thinking and saying about the banks in ten years time?

Phil Preston supports executives and leaders across all sectors in their collaborative challenges. You can make contact with him or visit his website. 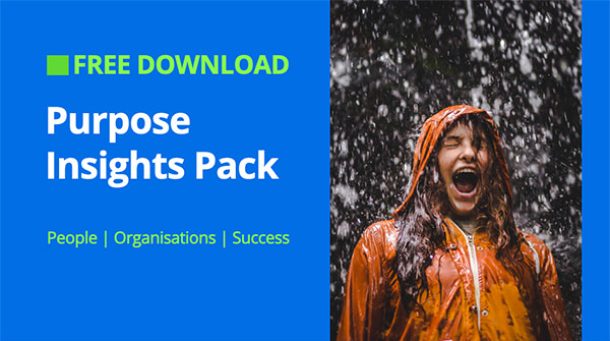 Phil’s Purpose Insights Pack provides you with a succinct update about trends in ‘purpose’ for people and organisations.

You have Successfully Subscribed! 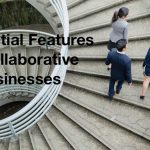 How to Build a Collaborative BusinessCollaboration, Creating Shared Value